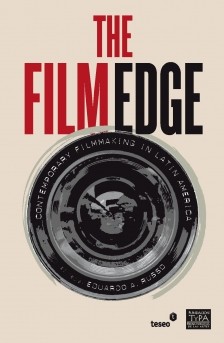 What does it mean to make films in Latin America? The landscape today is as complex as it is dynamic. New directors and new projects are constantly emerging; film festivals appear one after another in what could only be described as an explosion of cinema in the region. And yet inherent to this panorama, both so vital and so difficult to define, there is a troubling sense of uncertainty.
This book, which brings together the writing of directors, producers, scholars and critics, examines the current state of Latin American cinema.
Exploring tendencies and possibilities for the future of the audiovisual arts within the context of recent changes in methods of production and circulation, the authors address a number of key issues, including the role of independent filmmaking in the market and in relation to alternative modes of production, the formation of new regional and global identities, means of support for filmmakers in Latin America, and the question of new formats, categories, and genres.
The result is less a mosaic of fragments than it is a tapestry whose interwoven threads create complex and changing shapes that constitute the fabric itself. This tapestry allows us to glimpse, beyond their particularities, the points of contact between different parts of the region.

This book is an abridged and revised edition of  HACER CINE. Producción Audiovisual en América Latina published in 2008 by Fundación TyPA and Editorial Paidós.
This new book, edited by Eduardo. A. Russo and translated from the Spanish by Heather Cleary Wolfgang, was made possible by the support of the Rockefeller Foundation.