Toward the Consolidation of a Third Wave Generation? 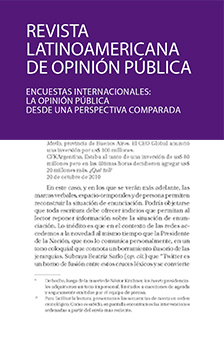 The American literature has extensively studied the dynamics of early political socialization and its impact on intergenerational differences since the early 1950s (Mannheim, 1928; Jennings, Stoker and Stoker, 2004; Schuman, 2011). A key finding is that the emergence of new political generations requires salient historical events that strongly affect socialization in early political life. The comparative literature has also emphasized the relevance of early experiences in the formation of political attitudes, and mostly focused on historical events which transformed industrialized societies, identifying systematic differences in intergenerational values between pre-war and post-war cohorts (Inglehart, 1997; Inglehart and Welzel, 2005). However, the study of early political socialization in Third Wave nations and its impact on the political attitudes and behaviors of individuals born and raised under these new democratic regimes has been practically ignored (among the very few exceptions are Catterberg and Zuasnabar, 2010; Tessler, 2004, and Niemi, E. Catterberg et al., 1996). I argue that the Third Wave (3W) of democratization was a transformative experience that had a lasting impact on peoples political culture. Moreover, I argue that this impact did not necessarily imply stronger pro-democratic orientations nor did it help consolidate a 3W Generation, since post-honeymoon effects constrained the development of pro-democratic orientations after regime change. To test these claims, I identify intergenerational differences among the 3W cohort and two older age groups after regime change in three critical dimensions of a democratic political culture: trust, tolerance and participation. I include established democracies as the control group, and compare trends in younger and established democracies among the same age groups. I use World Values Surveys (WVS) data from 1990 (the year that most 3W democracies experienced regime change) and 2005-2007 (the last wave that was available). Finally, I test the generation effects hypothesis with regression analyses.

Support for democracy in Venezuela: Does trust in Hugo Chávez play any role?

Diversity of Cultural Expressions in The Digital Era